Measure 2 to legalize cannabis defeated at the ballot

With the lowest voter turnout of any general election in at least 40 years, the statutory initiative to legalize cannabis for adults known as Measure 2 was rejected 54.9% to 45.1% on the November 2022 ballot. After a successful signature drive in the summer, MPP led the Yes on 2 campaign in the fall, facing a tough opposition effort that had the backing of local law enforcement groups and religious organizations.

Though the outcome was not what advocates had hoped for, the results showed that North Dakotans are more supportive of cannabis legalization than they were in 2018, when a separate legalization measure was on the ballot and defeated by nearly a 20-point margin.

The 2022 ballot initiative was largely based on a legislative proposal to establish an adult-use cannabis market that passed in the conservative North Dakota House of Representatives. That bill, HB 1420, was ultimately rejected in the North Dakota Senate. Legislators may consider the issue again in 2023. Advocates are also hopeful that legislators may decide to expand the state’s cannabis decriminalization policy that was approved by lawmakers in 2019.

Adult-use legalization measure will appear on this year’s ballot

After filing petition language in April, New Approach North Dakota completed its signature drive in July, submitting more than 10,000 signatures over the required number of 15,582 to qualify its statutory adult-use legalization measure for the November 2022 ballot.  In mid-August the North Dakota Sec. of State officially certified that over 23,000 valid signatures had been submitted by the campaign. 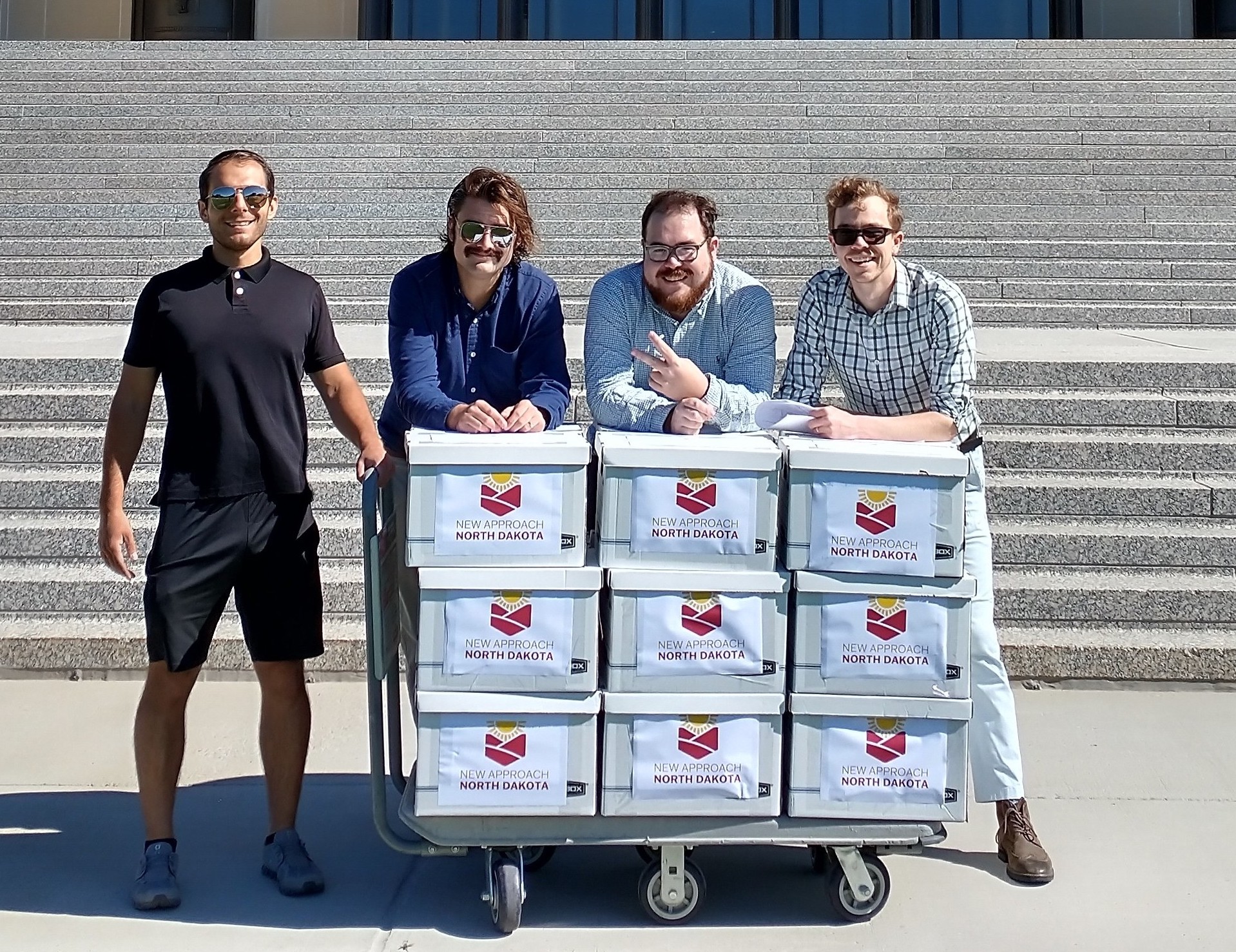 The language of the 2022 ballot measure is largely based on House Bill 1420, legislation passed by the conservative North Dakota House of Representatives in 2021 and later defeated in the state senate. If approved by a majority of voters later this year, the measure would:

The full text of the initiative language can be found at www.NewApproachND.org/measure.

2019 - Lawmakers approve House Bill 1050 to remove jail time penalties for adults possessing up to half an ounce of cannabis.

2022 - New Approach North Dakota launches a signature drive and submits over 25,000 signatures to put an adult-use legalization measure on the ballot

Follow the 2022 ballot measure campaign and join the team of volunteers working to pass the initiative by visiting www.NewApproachND.org.

To stay updated on the status of marijuana policy reform in North Dakota, be sure to subscribe to MPP's alerts, if you haven't done so already. Earlier today, a committee of 25 North Dakotans filed a 2022 ballot initiative petition to legalize cannabis. After a review by the Secretary of State and Attorney General, New Approach North Dakota will begin collecting signatures from voters. The campaign must gather more than 15,582 valid signatures by July 11 to qualify the measure for the November 2022 ballot.
Read more

North Dakota could see legalization on the ballot again in 2020