It's time for a new approach, and MPP is leading the way. MPP — including its staff, strategic partners, and supporters — is working toward the day when cannabis is legalized for adults and patients across the U.S. While there are many organizations that agree with that ultimate goal, what sets MPP apart is our approach and our track record. Since our founding in 1995, we've been making real progress in reforming U.S. marijuana laws by: 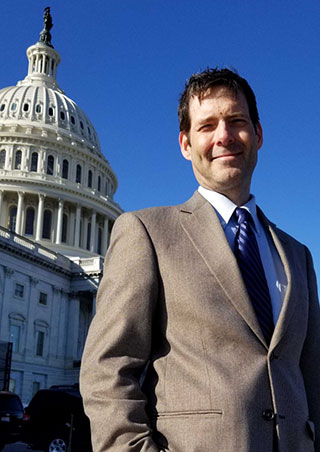 Our primary goal is to legalize cannabis nationwide, and we believe the most direct path is through the states. We look for the states with the strongest opportunities for success and where we can most effectively impact the national discussion.

Looking forward, MPP is devoting significant resources to ending prohibition in several more states over the next few years. Currently, we’re working to enact legislation to regulate cannabis like alcohol via the state legislature in Connecticut, and in New Hampshire, we’re advocating for a bill that would legalize possession and cultivation of cannabis. We are also in the midst of multi-year efforts to legalize and regulate marijuana in additional states, including Delaware, Maryland, and Rhode Island. And finally, we’re supporting the Montana 2020 legalization campaign as it builds support for a ballot initiative that will legalize cannabis for adults, and in South Dakota we’re backing both medical and adult-use initiatives.

As an organization, we are mindful of the fact that social and criminal justice reform have come to the forefront of the conversation on cannabis legalization. Our work in Illinois included groundbreaking expungement and equity provisions that serve as a model for states as they adopt new policies. Our primary focus is ensuring fairness for those who have suffered most from the war on cannabis.