While Louisiana first enacted therapeutic marijuana legislation in 1978, multiple legislative sessions have seen changes to the program. In 2020, the law finally improved to the point that MPP now classifies the program as an effective law.

While Louisiana’s therapeutic cannabis law has improved significantly, its very limited number of producers (two) and dispensaries (nine) and other restrictions continue to drive up prices and unnecessarily restrict patient access to their medicine.

Qualifying for the program: Patients must have a doctor’s recommendation and a qualifying medical condition to qualify. Qualifying conditions have been expanded repeatedly, and patients now qualify if they have any condition their doctor “considers debilitating to an individual patient” and that the doctor “is qualified through [their] medical education and training to treat.”

Autism qualifies if it involves risks to the person’s physical health (through self-injury, severe repetitive or self-stimulatory behavior, or severe avoidance of others or inability to communicate) or physically aggressive or destructive behavior. Minors with autism only qualify if the recommending physician consults with a pediatric subspecialist.

Physicians' role: Any physicians licensed in good standing with the Louisiana State Board of Medical Examiners may issue recommendations within the context of a bona fide doctor-patient relationship if “in the sincere judgment of the physician, therapeutic cannabis may be helpful to the patient's condition or symptoms.” The recommendation may be “communicated by any means allowed by the Louisiana Board of Pharmacy.”

Dispensaries: One medical marijuana pharmacy — regulated by the Louisiana Board of Pharmacy — is authorized to operate in each of the nine regions of the state established by the Louisiana Department of Health. A 17-member board is mandated by state law to oversee the marijuana dispensaries and will award a 10th permit as needed. 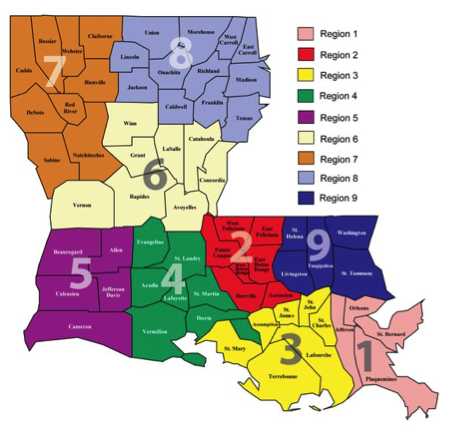 Production: The law states that either or both of Louisiana State University and Southern University, jointly or separately, have the right of first refusal to be licensed as production facilities. Both universities opted in and have contractors handling cultivation. Medical cannabis production is regulated by the Department of Agriculture and Forestry.

At that time, medical marijuana “pharmacies” will be allowed to dispense no more than 2.5 ounces of cannabis to a patient every 14 days. They may not dispense cannabis in its raw/flower form to a person under 21 unless their physician specially recommends “marijuana in raw or crude form for that person.”