Hawkins, who previously served in leadership roles at the NAACP, Amnesty International USA, and the national Coalition for Public Safety, has been at the forefront of the criminal justice reform movement for three decades

WASHINGTON — The nation’s largest organization dedicated exclusively to marijuana policy, the Marijuana Policy Project, announced Tuesday it has hired Steve Hawkins to serve as its next executive director. The announcement comes after a months-long candidate search that included several exceptionally qualified candidates. 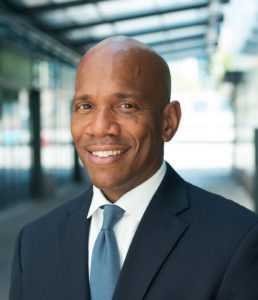 “We are thrilled to welcome Steve Hawkins as the new executive director of MPP," said Troy Dayton, chair of the MPP board of directors. “Steve has a strong track record in the field of criminal justice reform, and he knows how to build a movement toward meaningful social change. We were not only impressed by his expertise and experience, but also his strong convictions regarding the injustice of marijuana prohibition.”

Hawkins has been at the forefront of the criminal justice reform movement for three decades as an advocate, policy strategist, nonprofit leader, and foundation executive. He has extensive experience overseeing campaigns to advance policy change through public education, stakeholder mobilization, engagement with government officials, and development of strategic alliances with business leaders, law enforcement officials, scholars, faith leaders, victims’ advocates, and other key voices.

“The country is moving in the right direction on marijuana policy, but there is still a lot of work to be done,” Dayton said. “Steve is the perfect choice to oversee that work and lead MPP into the future.”

Hawkins began his career as an attorney with the NAACP Legal Defense Fund challenging racial disparities in the criminal justice system. He later served as executive vice president of the NAACP, spearheading its efforts to end the police practice of “stop and frisk” in New York City and successfully encouraging the NAACP board of directors to adopt a policy in support of marijuana decriminalization. He also previously served as executive director of Amnesty International USA, as a program executive for the Atlantic Philanthropies, and as a senior program manager at the JEHT Foundation, where he directed early investments of substantial resources into advocacy efforts to end mass incarceration, including groups working to eliminate criminal penalties for marijuana possession. Most recently, Hawkins was president of the Coalition for Public Safety, the largest national bipartisan effort to reform the justice system at the state and federal levels. A more detailed biography of Hawkins is available on the MPP website.

“Throughout my career, I have witnessed the counterproductive effects of the war on marijuana and its especially devastating impact on communities of color,” Hawkins said. “MPP has been at the vanguard of changing public perceptions and public policies surrounding marijuana, and I am proud to join this incredible team of advocates at such a critical moment in the movement to end marijuana prohibition.”

MPP has been a leading advocate for federal marijuana policy reform on Capitol Hill since the organization was founded in 1995, and it has spearheaded most of the major state-level reforms that have occurred over the past two decades. It organized the successful initiatives to legalize and regulate marijuana for adult use in Colorado, Alaska, Maine, Massachusetts, and Nevada, as well as the successful medical marijuana initiatives in Arizona, Michigan, and Montana. On the legislative front, MPP was behind the lobbying and grassroots organizing effort that led to the passage of the first-ever legalization measure through a state legislature in Vermont earlier this year. It also played leading or key supporting roles in passing comprehensive medical marijuana laws in D.C., Delaware, Illinois, Maryland, Minnesota, New Hampshire, New York, Ohio, Pennsylvania, Rhode Island, and Vermont, as well as laws decriminalizing marijuana possession in D.C., Delaware, Illinois, Maryland, New Hampshire, and Rhode Island.

“Great strides are being made with every election cycle and legislative session, but there is still much to be done, both at the state and federal levels,” Hawkins said. “I look forward to working with MPP’s nationwide network of grassroots supporters, organizational allies, and members of the legal cannabis industry to keep the momentum going and put an end to marijuana prohibition once and for all.”

Matthew Schweich, who has served as MPP’s executive director since November, will assume the role of deputy director to focus on the MPP-supported ballot initiatives to regulate marijuana for adult use in Michigan and to establish a medical marijuana program in Utah, both of which will be decided by voters in the November general election. Prior to serving as executive director, Schweich was MPP’s director of state campaigns and oversaw several successful ballot initiative campaigns in 2016, including Maine and Massachusetts.

“Matt provided critical leadership during a challenging transition period for MPP,” said longtime MPP board member Joby Pritzker. “He maintained the effectiveness of our advocacy operations, managed our fundraising efforts, and oversaw ballot initiative campaigns in multiple states, while at the same time leading our staff and assisting the board with the executive director search. We greatly appreciate Matt's tireless dedication to MPP and his heartfelt commitment to the marijuana policy reform movement. He stepped up to the plate when we needed him most.”