Chris joined MPP in April 2013 and currently serves as the Director of Government Relations, where he works with the MPP Policy Council and members of the cannabis business community to further MPPs mission. Legalization for both medical and non-medical consumers isnt just about ending prohibition — its about also creating an accessible and safe system for individuals and a fair, equitable, and sustainable system for businesses.

Before joining MPP, Chris was a litigator and criminal defense attorney in Montana, where he still lives. He became a medical marijuana patient in 2006, when he was diagnosed with Crohns disease, and an active member of the medical cannabis community during that time. He went on to establish one of the biggest medical cannabis providers in early 2009, Montana Cannabis, and left to run a successful legal practice dedicated to cannabis-related issues the following year. Federal law enforcement authorities raided 28 businesses in 2012, including the business he helped create (profiled in the documentary film Code of the West). Chris was charged as a co-conspirator, pled guilty, and was placed on probation. Believing that strong state regulatory systems were critically important following his experience in Montana, Chris went to work in support of state medical cannabis and legalization laws around the country, including Texas, South Carolina, Georgia, Michigan, Nevada, Alaska, and others. In 2019, Chris concluded a two-year legislative legalization campaign in Illinois, resulting in the state becoming the 11th legalization state in the U.S. 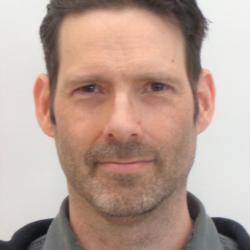