Jared has been working to change marijuana laws since he was an undergraduate. During his time at Brown University, he helped organize students across the state in support of the successful effort to decriminalize marijuana possession in Rhode Island in 2012. Testifying before legislative committees and writing op-eds between classes, he began to learn the ins and outs of effective advocacy.

Joining MPP in 2014 as Rhode Island political director, Jared helped build an influential statewide coalition, Regulate Rhode Island, with the goal of legalizing marijuana like alcohol. He played a role in the 2016 Massachusetts legalization campaign as field director, and most recently, he was part of teams that successfully passed Michigan’s 2018 ballot initiative to legalize marijuana for adults as well as Utah’s 2018 medical marijuana measure. He’s currently assisting several 2020 ballot campaigns around the country.

Motivated by a passion for social justice, Jared hopes to see the day when lives are no longer ruined by marijuana arrests. 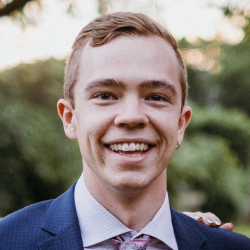 The legalization of marijuana is not a dangerous experiment—the prohibition is the experiment, and it has failed dramatically, with millions of victims all around the world.