Matt has been working since 2007 to reform marijuana laws in New Hampshire. In 2011, he was hired by the Marijuana Policy Project and his work expanded to Vermont and other states. In 2018, Matt’s efforts paid off in Vermont when it became the first state to legalize marijuana through the legislative process.

In New Hampshire, he lobbied and organized in support of medical marijuana legislation that finally passed into law in 2013 (after having been vetoed by the governor in both 2009 and 2012) and decriminalization legislation that passed in 2017. He also served on the drafting committee for the 2016 ballot initiative that legalized marijuana in Massachusetts.

Matt is currently advocating in support of reforms in New Hampshire, Vermont, West Virginia, and Kentucky. A former college English instructor, he lives in Manchester, New Hampshire and holds a Master’s degree in English from West Virginia University. 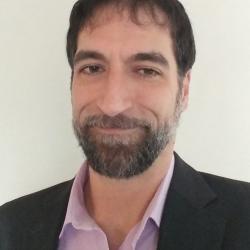