Jeffrey M. Zucker is a serial entrepreneur with experience in a wide range of industries including real estate, cannabis, film, design, technology, and hospitality.

Jeffrey was born and raised in Charleston, SC and currently resides in Denver, CO. He graduated from Boston University's Questrom School of Business, where he founded multiple successful real estate businesses through Saltshaker Holdings, the operating company he founded and runs as President and CEO.

More recent endeavors include Green Lion Partners, based out of Denver, CO and Big Smits Entertainment, both co-founded by Jeffrey in 2015. Green Lion Partners is a business strategy firm focused on providing consulting services, direct investments, and strategic partnerships to early stage companies in the regulated cannabis industry. Their core focus is elevating the public perception of the industry while pushing it forward toward more sophisticated and socially responsible business practices.

Jeffrey also serves as Vice Chair of the Board of Directors at Marijuana Policy Project, the largest organization in the U.S. focused solely on ending cannabis prohibition.

Big Smits Entertainment is based in LA and operated with partners BJ Bales and Jeff Howard. It is an end-to-end production and finance company focused on the development and creation of original content in digital, TV, and feature films. Big Smits has several series in the pipeline among other media. Jeffrey also invests in, advises, and partners in companies in a variety of industries.

In 2021, Jeffrey started and began hosting a podcast, People are the Answer, where he interviews innovators in social impact. While it started with his passion for drug policy and criminal justice reform, topics have expanded into areas like healthcare, education, economics, and more. Jeffrey is always open to hearing new business ideas and is happy to get involved with projects, people, and ideas in which he believes. His business decisions are determined not only based upon making a profit, but also—inspired by his late father's mission of Tikkun Olam (repair of the world)—with the goal of improving the lives of others as much as possible. 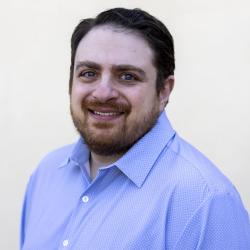