Don Murphy is a former member of the Maryland General Assembly who defeated the House Majority Leader in 1994. He was the original lead sponsor of the Darrell Putman Compassionate Use Act, an affirmative defense bill, which was signed into law in 2003. With a grant from MPP, in 2002, Murphy founded Republicans for Compassionate Access where he organized two political campaigns leading to the defeat of the legislature’s top medical marijuana opponents, one a Republican state senator, the other the Democratic House Speaker.

Don has successfully lobbied in over a dozen states, including Vermont, Rhode Island, New York, Connecticut, Michigan, Ohio, Illinois, Wisconsin, Minnesota, New Hampshire, Tennessee, Texas, Arizona, and South Carolina, and on Capitol Hill for patient access. In 2008, he was elected chair of the Maryland Delegation to the Republican National Convention. Prior to joining MPP, Murphy was a partner in a bipartisan Annapolis lobbying firm with an eclectic list of clients. Most recently, he was the legislative liaison for the Anne Arundel County Executive. 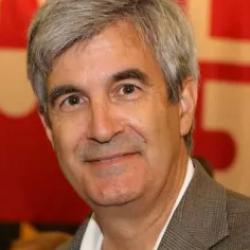